The degree to which a person's name is a significant part of his or her identity varies from person to person.  I see it, in some ways, as a matter of attachment.  If your name is integral to your conception of who you are then you are probably quite attached to it; if not, then you probably aren't.

I became interested in the role that names play in personal identity when I got married.  I did not want to change my name; you see, I had grown quite attached to it.  My name was comfortable and familiar.  When two people used my name in a conversation they mutually understood that they were talking about me.  My name connected me to my family, to my parents and to my sisters.  My name was what I used to represent myself to others.  It helped me to communicate who I was.  Most importantly, my name was a gift, to me from my parents.  My name was something special they'd given to me and no one else.

My husband had very different feelings about this.  (I believe part of it is that he is Jamaican and that his is a more "traditional," less progressive culture).  He was deeply hurt when I told him I didn't want to change my name.  He told me it felt like I was rejecting him (an indicator that he, like me, sees a strong connection between his name and his identity).

After numerous discussions (disagreements), some tears (on my part), and a lot of introspection, I finally decided to make the change.  My husband made a good point, namely that sharing the same last name was a symbol of our new family, the one we created when we got married.

So when I started looking into names, I wanted to know if other people are as attached to theirs as I was to mine.  I wanted to know more about the relationship between name and identity.  I sifted through a lot of philosophical opinions on the subject but they really didn't answer my question.  (It seems like whenever I think I've chosen an easy topic to write about it turns out to be more convoluted than I ever imagined).  Finally, though, I stumbled upon some articles that really addressed my concerns.  The most interesting of these was by Laura Heymann, a professor at the College of William and Mary Law School.  As opposed to being central to our identity, Heymann asserts a name is like a personal trademark.  If a name were synonymous with identity, she argues, then the common practice of changing one's name would be viewed as committing fraud.  Or a company, she says, that tried to modernize its logo would be accused of trying to deceive the public.  (Notwithstanding the public outcry that occurred when the Gap tried to change its logo about a year ago).

This makes a lot of sense to me: changing my name didn't change who I am.  Rather, I'm like Starbucks when it removed the words "Starbucks Coffee" from its logo last January.  Like the Starbucks logo, my name change was merely an "update," a reflection of the changing times (i.e., me getting married).

Still, the connection between name and identity is not resolved for me.  I'll stop -- for now -- but I am almost certain to revisit the issue.  Another facet of the name-identity issue that interests me is the process of naming a child.

For now though, I'd be happy to hear what other people think about this.  Are you attached to your name?  Have you, for whatever reason, ever changed your name?  If so, was it an easy decision for you?
Posted by spldbch at 9:45 PM 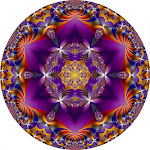 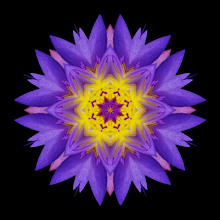